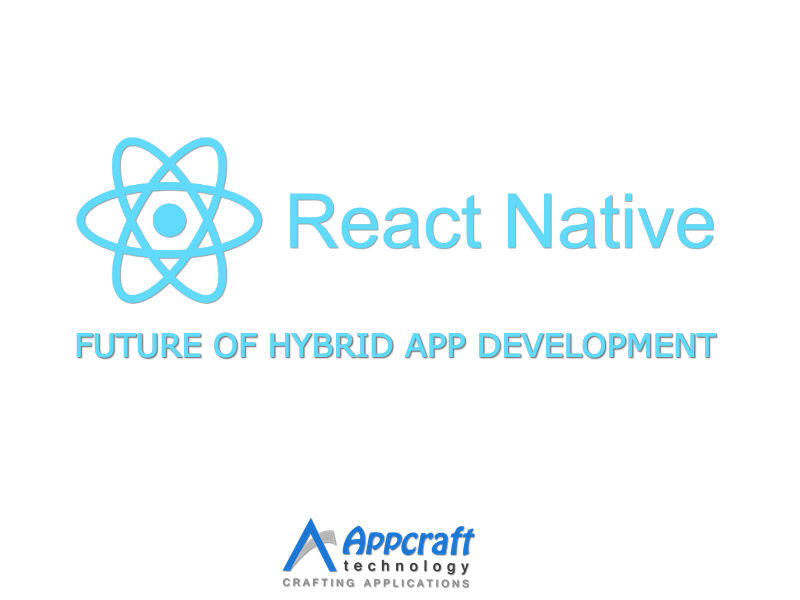 In order to achieve shorter development cycle and reduce initial cost, Hybrid App development had always been in demand. To stand up to the demand, Hybrid technology has improved a lot and it have come a long way to bridge gap between performance and ease of development.

React Native is built on top of react components, which is much faster in performance compared to other Hybrid technologies. Being a Javascript library, it provides much needed ease of development like a web app. Here are some unique features of React Native, that is making it future of Hybrid app development:

2. React Native is focused around UI

Compared to other Javascript Frameworks, React Native is UI focused, making it more of Javascript library than a framework.Resulting UI is more fluid and highly responsive, which translates into quicker load time than a typical hybrid app and smoother feel. This smoothness is achieved due to asynchronous interaction of Javascript with the native environment.

With React Native, developers can use native components, like camera, bluetooth, map etc. This provides much flexibility to the app to consume less memory and still give better performance. Backbone of React Native is Facebook’s popular ReactJS framework, which provides better app performance, DOM abstraction and simplified development method to hybrid app development.

4. Ability to use React Native components in existing app’s code

A huge bonus of React Native is that it’s components can be incorporated in an existing app. That gives flexibility to businesses to use their existing code written in other frameworks (like Cordova and Ionic) with React Native and save a lot of development hours.

5. It covers iOS and Android

iOS and Android being market leaders in mobile operating system, every business wants to develop their app for both the platforms. Since React Native provides native rendering of UI components for both iOS and Android, it becomes obvious choice for hybrid app developers. Since it has been made Open Source, there is opportunity to provide support for more platforms in it.